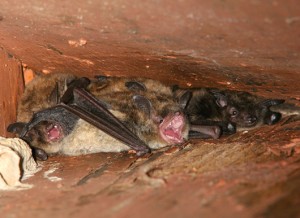 Once again, we’re putting the blame on fairy tales, fictional movies, and TV shows for giving us the wrong impression. Bats are generally harmless critters. Still, none of us want them in our homes. They’d leave their droppings in the attic over time, our entire house would stink so bad. Since there are so many of them in all of Florida, it would be nice to know more real bat details.

Bats are very common in Orlando, and in fact, many places all over the world. That’s why it’s quite amusing how a lot of people still have wrong impressions on these flying creatures. There are even many who would consider bats as one of their top fears. While it’s important to have bats removed as soon as you spot one or some in your home, it’s good news that they’re not as bad as they seem.

Below are some bat details you probably didn’t know about:

They’re usually dark in color and we associate them with bad odor mainly because of their droppings or guano so many of us think they’re dirty. You must know, however, that bats groom themselves a whole lot just like cats! Their fur is silky and soft because they spend so much time grooming themselves.

2. Bats do not carry rabies.

Unlike cats, dogs, and many other mammals, bats do not carry rabies. However, just like other animals, they can get rabies when attacked by other animals carrying this virus. There are very few accounts of bats transmitting rabies to people, but it is not impossible. Extra precaution would still be most ideal.

3. Bats do not attack humans.

Bats are generally shy creatures. They’re nocturnal so they sleep during the day, which explains why we rarely see them. They do not attack humans just like what many of us remember seeing in movies. It is still possible though especially when they feel afraid. Do not attempt to pet or touch bats. They can still bite you if they have to defend themselves.

Because bats primarily use their sense of hearing through “echolocation” when hunting in the dark, many people think they’re blind. They are not. Many of their most common species can see just as well as humans – in color!

5. Bats are not related to rats at all.

They may look a whole lot like rats but they’re not related to those filthy critters at all. Some people think that bats are flying mice when they are not. They are classified as mammals in the order Chiroptera. On the other hand, rats and mice are in the order Rodentia.

While the bat details above may make them seem as friendly creatures who should be pretty much okay to be around humans, they’re still considered wild animals. You must call for bat removal services soon as you discover some of these critters in your property. Animal Wildlife Trappers is ready to help anytime. We offer services in Orlando, Maitland, Longwood, Winter Park, Deltona, and surrounding areas. You may call us at 352-267-0546 for a free estimate.

Previous Post
DIY Animal Traps and Removal: Why You’d Rather Call Experts
Next Post
Where Do Raccoons Live?